Did I really just quit my job? 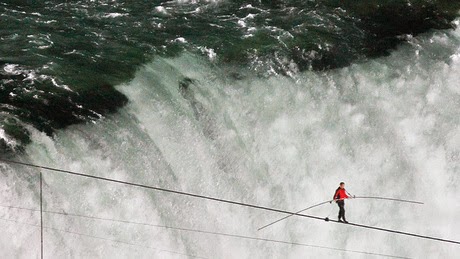 As I wind down the last few days of June and my “old life”, I thought it would be a good time for another update.

Since I wrote last month about my resignation, my mind has been very active.

Initially, it was filled with excitement and feelings of being empowered. I felt like I was on a mission and couldn't be stopped. I kept thinking about the future and all of the possibilities that are surely lying before me.

After a few days though, I experienced the first jolt of fear. It took me by surprise.

I was getting ready to go to bed, my mind was wandering a bit and all of a sudden my stomach dropped and I thought what am I doing? I’m giving up a steady paycheck, benefits, a sense of security and certainty???

What if this doesn't work out?? What will I do then??  It was a pretty powerful jolt.

I've had a few more of them since then, but not nearly as powerful as that first one.

Each time though, I was able to quiet the noise with 2 words that are more powerful than the fear -
total faith. Simply saying those two words, a couple of times, helped calm me down and remind me of the bigger picture.

What if it doesn't work out?  Well, I’ll just try something else. One way or another I’ll end up doing something, somewhere.

I actually did this once before, believe it or not.  I was in retail management for about 8 years when I decided I wanted more. At that time I was in my late 20’s, I had nothing saved, I didn't have a college degree nor did I have a plan. I left and never looked back. I’m so grateful I did. A story for another time….

This time around I’m in my late 40s and bettered prepared. I've saved, I've earned 2 degrees since then and I have a plan.

I also have a lot more to lose, however. That must be what produces the jolts!

So, the past month has been a roller coaster of emotions. My mind is actually more active than ever. The difference now is that it’s focused and clear about what I need to do. I've sketched out a vision of what my work day will look like now. I’m currently working on a “map” that will lead me to the goals I've set. I also made a list of all of the reasons I’m making this change – just to remind me what it’s all about and what I stand to gain by taking this risk.

I’m ready now, at least as ready as I can be, to turn my keys in to my boss and unlock my future without them...